​​Helene studied fine art at Pratt Institute in Brooklyn, NY, 1972-1974. She received her BFA from the Central School of Art, London, England in 1977.  Helene studied graduate work at the London University of Education and received an Art Teachers Certification in 1978.

Helene lived in England and France for twenty years where she had exhibited extensively before returning to the United States in 1995.  Helene's Landscape and Still Life paintings, in addition to her Monotypes, are expressive in their use of light and are reminiscent of Bonnard, Van Gogh and Cezanne.  Helene currently paints in the Lot River Valley in South West France near Cahors, where she resides part of the year.  Helene chooses tranquil and often mysterious subjects for her landscape paintings.  Her Still Life paintings are equally strong with vivid colors and luscious brush strokes.  Helene reinvents the Monotype and uses it as an underlay for pastel and ink, while
creating a lively surface.

Artist Statement
​
​Frequently when I paint, I feel like a conjurer as I take color, mix it and apply it to a board or canvas.   I am
fascinated by the way a mark, which is expressive, can also be represented and how a gesture or density of paint can have duality.

At times, I feel akin to composing a piece of music, with each mark comprising a note while applying, subtracting, enlarging, simplifying, until both melody and harmony are approached.  I am attracted to both the mysterious and the subtle.  The vibrational dance of light, color and form in the spectrum of a multidimensional world is food for the visual appetite.

I strive to achieve the recognizable but not the immediate, preferring the image to unfold with surprises to be discovered.  Each painting has a strong relationship to the previous one and my ideas develop and evolve as I am continuously challenged by the pursuit. ​​
​

Exhibitions ​​
​
Helene has exhibited her works throughout England, France, and the USA.  In recent years, she has shown her work in the Philadelphia area including the Chestnut Hill Gallery, Muse Gallery, Plastic Club, Sketch Club and the Cosmopolitan Club.  She is a member of the National Association of Women Artists.  Helene is available to do commissioned work also.
​​ 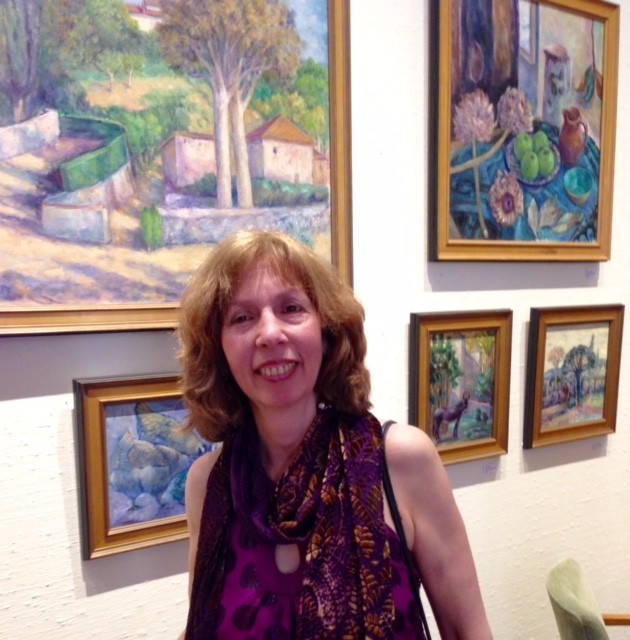 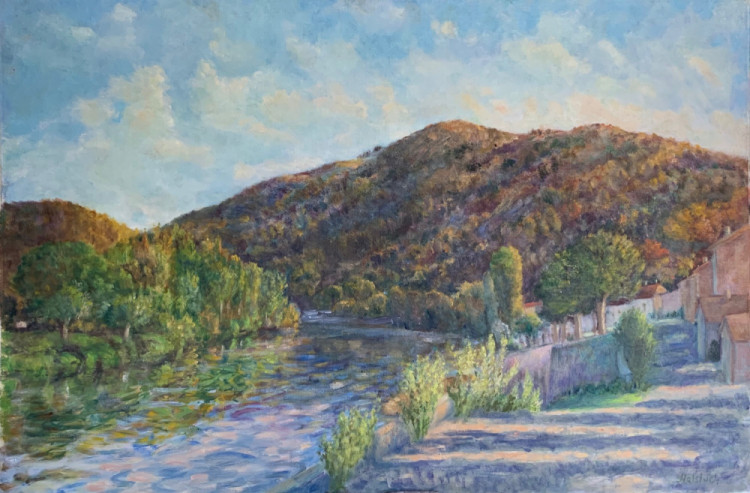